Prism is supplying printed circuit board assemblies for rail signalling equipment which will form part of the infrastructure to support the 2010 FIFA World Cup in South Africa.

Prism has received an initial order for 400 PCBs from ERB South Africa. ERB is manufacturing rail signalling equipment for the Gautrain Rapid Rail Link project – one of the largest rail engineering projects of its kind in the world. Prism was selected to supply PCBs for the project because it is already a trusted supplier for other projects in the rail signalling sector. 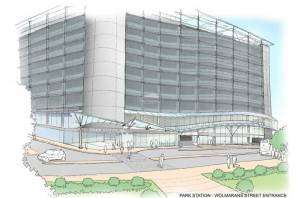 Park Station in Johannesburg is one of the stations on the Gautrain Rapid Rail Link system, which will serve FIFA World Cup 2010 venues.

David Dickin, business development director of Prism Electronics, said: “It is pleasing to see our trusted business relationships with customers paying dividends. Word of mouth is perhaps the most effective form of advertising and we are delighted to be working with ERB to help deliver this project.”

The tested PCB assemblies are essential to the ‘brains’ of the Gautrain rail control signalling equipment. The equipment comprises receivers, incorporating Prism assemblies, and transmitters fitted to rail track and to rolling stock.

Prism is able to support discrete projects such as this due to its flexible production processes that can accommodate timely production of modest quantities in line with the project’s requirements.

The Gautrain Rapid Rail Link was given the go ahead in 2005 with the main construction of the project beginning early in 2007. It is set for completion in time for the start of the FIFA World Cup in 2010.

Originally conceived to ease traffic congestion in South Africa’s economic hub, Gautrain will link Pretoria in the north with Johannesburg’s Park Station in the south of the corridor in Gauteng Province. There will also be a link to OR Tambo International Airport, which serves both Pretoria and Johannesburg. Stadia in both cities will be playing host to fixtures in the 2010 World Cup, so Gautrain will play an important part in getting soccer fans to and from the airport as well as between venues.